How to Pick the Perfect Sump Pump Switch

While the quality of your pump is important, it's useless without a reliable sump pump switch.

If you have a manual sump pump that does not include an integrated float switch, or youre tired of replacing switches due to failure, you've got multiple options to consider.

The type of switch you choose will depend on your basin size and depth, your water table, and your pump. Modern technology has introduced some great new options in the world of sump pump switches. 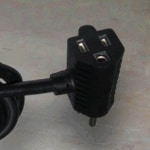 A piggy-back plug is one that features prongs on one side and an additional outlet on the other. Look at the number of power cords coming from your sump basin. Is there one cord or two?

If there are two cords, you likely have a piggy-back plug. The benefit of these is that you can unplug the cords from the wall, separate them, and plug the pump directly into the outlet without the switchallowing you to test the pump by itself. 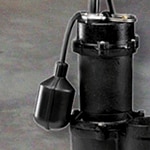 A tether float switch features a float tethered to the pump and is more common with sewage pumps or larger basins. As the water rises, the float rises, causing the tether to flip the switch and turn on the pump.

Once the water level drops, the float drops, loosening the tether, releasing the switch, and shutting off the pump. These are fine for larger sump pits but may get caught on the basin wall or on the pump itself in some cases, making it riskier to use in smaller sump pits. 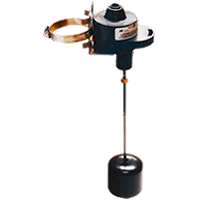 Vertical float switches work similarly to a tether switch, but they slide up and down on a vertical rod rather than being loosely tethered. These are more practical for smaller basins where a tether float could otherwise get stuck.

They work well in confined spaces but still rely upon a mechanical float, which can be compromised if the float is punctured, takes in water, or if debris seizes up the float. 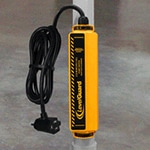 Electronic switches are the best of the best. They're the gold standard pump switch technology and the most reliable of the options listed above.

Electronic float switches will have piggy-back plugs that you plug into the wall outlet. You then plug the pump into the back of the switch plug. There are no moving mechanical parts, but rather an internal sensor that detects the water level. When the switch is triggered, it transfers power to the pump, turning it on. As the water level drops below a certain point, the switch is triggered again, cutting power to the pump. 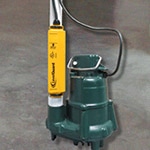 This type of switch takes up the least amount of space and is exceptionally reliable as long as it has the recommended power source and the pump amp rating meets the switch requirements. They are as reliable as your power source.

Plus, in many cases, these types of switches can outlive the pump because they don't contain moving mechanical parts that can fail over time. 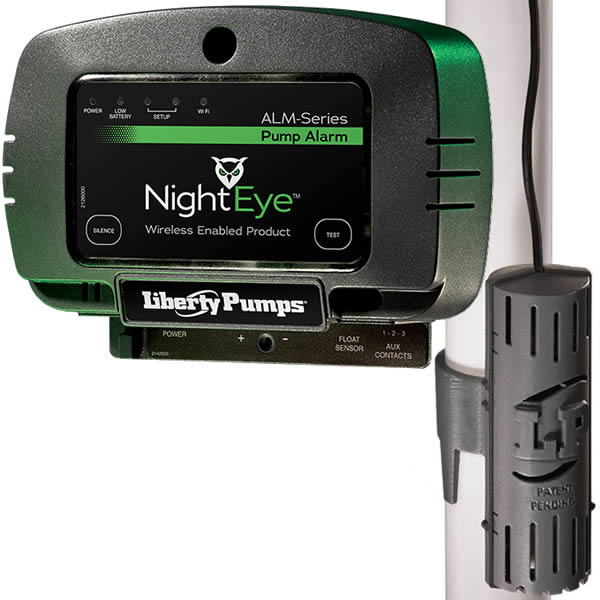 Still worried a sump pump switch could fail without you knowing? Cutting-edge innovative sump pump alarm technology has created new ways to alert you if power fails, a switch gets stuck or isn't working properly, or if the water is filling your pit too quickly for your pump to pump it out.

Smart sump pump systems, which are offered as smart primary pumps, smart combination pumps, or complete backup smart pump systems, all have integrated float switches and connect to the internet, making an email or text alert sent directly to your smartphone possible.

How To Pick The Perfect Water Alarm

How to Pick the Perfect Battery Backup Sump Pump

How To Pick The Perfect Sump Pump
Hide